The Difference Between a Hearse and a Funeral Car 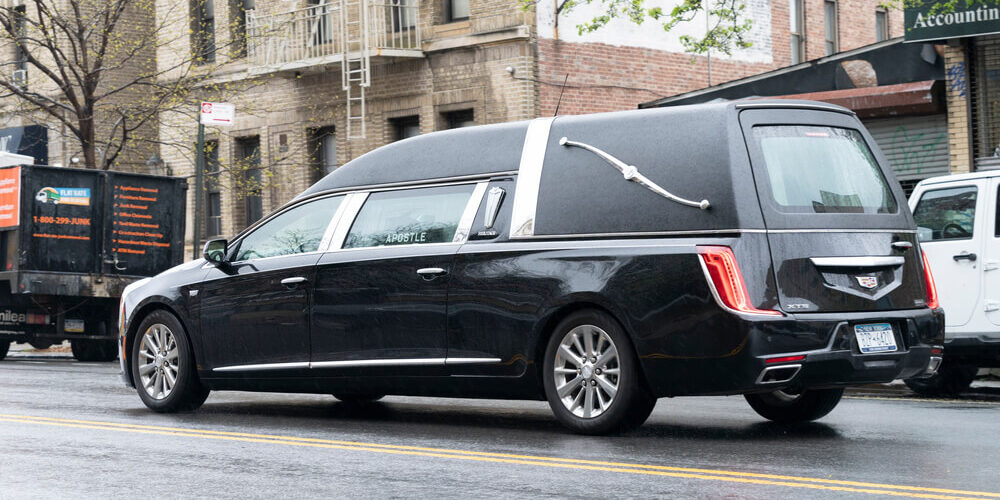 In today’s world there are two and three names for everything. This is often the result of trending pop culture references to history. Did you know that the funeral car is one of those trending names? It’s true! In today’s blog, CoachWest will discuss the origin of the funeral car and the difference between it and a hearse.

Not All Hearses Are Funeral Cars

Originally, a hearse was a wooden frame, or box that held the body on a horse-drawn carriage. The purpose of the hearse was to stabilize the casket for transport as the casket contained the body of a deceased individual.

Bodies were often first transported to a funeral service-then known as a “wake” for the deceased that was hosted by family members in memory of them. Then the body was transported to the burial site.

All Funeral Cars Are Hearses

The motorized funeral car was invented in the early 1900’s. In the first version of this car there was a hollowed-out section meant to continue holding the wooden frame that stabilized the casket.

These vehicles continued to be known as hearses until technology began adapting them. Over time these vehicles morphed into sleeker, subtler versions of themselves that were coined by the industry to be known as funeral cars. This makes the vehicle more marketable and less morbid.

The stabilizers in a funeral car are less prominent than a hearse, so the back sections are less pronounced. Funeral cars look more like longer limousines now, compared to their first invented cousin.

CoachWest supplies highly functional vehicles designed for commercial, residential, or recreational use. We specialize in locating the funeral car for your needs. If you are looking for a funeral car, we offer our condolences as well as our services. Contact us online or call (310) 609-2900, and we’ll find the right option for your family.

How to Build the Perfect Luxury Fleet of Vehicles
August 4, 2022

How to Choose the Best Luxury Sleeper Van for the Summer
April 15, 2022

How to Choose an SUV Limousine for Your Limo Business
March 16, 2022