You are here:
Funeral Cars 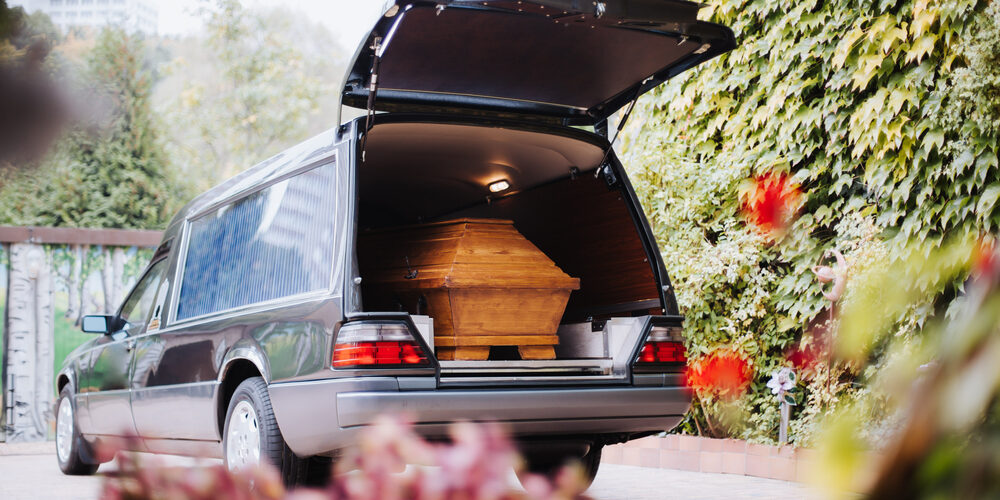 Funeral cars have a singular purpose. They’re designed with luxury in mind to provide a distinguished and solemn experience for those gathering to pay final respects. Today’s blog from CoachWest showcases five famous funeral cars throughout history.

Related Post: When Is It Time to Upgrade Your Funeral Car?

The Munsters was a sitcom in the 1960s featuring a family of monsters, such as Frankenstein and Dracula. The family drove the Munster Koach, which has the front end of a hot rod with a bright-red passenger compartment in back and no trunk. George Barris created the Munster Koach from a modified Ford Model T, gorgeous steelwork, and a Ford V-8 engine. The car is a beautiful piece of custom work that took more than 500 hours to make.

The Cadillac brand exuded luxury in America for decades. A 1964 white Cadillac Miller-Meteor carried late President John F. Kennedy to his final resting place in Arlington National Cemetery. The car sold at an auction for $176,000 in 2012 to a private collector. Just about everything related to Kennedy became a collector’s item after his assassination, including his funeral car.

1984’s smash comedy Ghostbusters catapulted a funeral car-turned ghost-chasing ambulance to stardom. The 1959 Cadillac Miller-Meteor looked cool on the outside with its red trim. Unfortunately, the vehicle suffered from several breakdowns during the filming of the second movie. This funeral car looks to make a triumphant return in the sequel Ghostbusters: Afterlife.

A mysterious TV series about a funeral home has to have a hearse. Claire Fisher’s lime-green funeral car from Six Feet Under is a 1971 S&S Victoria. Claire routinely uses the hearse as her daily ride, even though she’s just a teenager. Imagine her freaking out her dates with her car!

The 1971 cult classic film Harold & Maude features not one but two funeral cars. One is a 1959 Cadillac Superior, while the other is a suped-up 1971 Jaguar XK-E 4.2 Series II (which means it was brand-new at production time). The Jaguar didn’t survive until the end of the movie because it was destroyed as part of the film’s storyline.

Related Post: Who Are the Major Manufacturers of Funeral Cars?

Are you looking to upgrade or expand your funeral car fleet? Interested in buying one? Contact CoachWest or call (310) 609-2900 for more information on our funeral cars for sale.

The Difference Between a Hearse and a Funeral Car
September 2, 2021

Who Are the Major Manufacturers of Funeral Cars?
February 24, 2020

What Are the Steps to Open a Funeral Home Business?
October 22, 2019

How the Funeral Business Is Changing
June 30, 2019
See All Inventory
Inquire About Vehicle
Go to Top